Interest In Business Start Up On The Rise 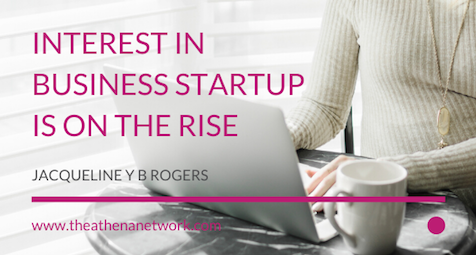 The latest NatWest Entrepreneurship Monitor – which polled 2,044 respondents in the first quarter – has revealed that interest in business start up has been increasing in 2017, following the recent uncertainty leading up to and following the Brexit vote.

Following the Brexit vote, the economic uncertainty impacted the confidence of would be entrepreneurs and the proportion of people wanting to start a new business dropped from 39% in Q2 2015 to a low 10% in Q3 2016.

Since then we have seen a small, yet steady increase in those wanting to start a new business, increasing to 14% in Q1 of 2017.

Despite aspiring entrepreneurs beginning to regain confidence, less than one in five feel that now is a good time to start a business.

Of those that have considered or would like to start their own business, two-in-five feel that they are held back by not having a business plan or the fact that their financial security would be put at risk by borrowing money.

Natwest have said that those ‘doubts’ that are holding back entrepreneurs across the UK. The findings show that in London and the West Midlands those wanting to start their own business is around double the number of people who have actually made the leap into being self-employed, whilst in Scotland this discrepancy is more than three times the amount.

Other reasons cited for not taking the leap into entrepreneurship were fear of failure, and a lack of knowledge in where to go to get the right information and advice.

Alison Rose, chief executive of commercial and private banking at NatWest, said: “The drop in confidence given the changing economic climate caused by the referendum was no great shock, but as the economy has started to bounce back, we have also seen a gradual rise in the number of people interested in starting a new business.

“Undoubtedly there will be bumps in the road as negotiations on Brexit continue, and confidence levels may fluctuate, but it’s very encouraging to see us moving in the right direction again and we expect this to continue post-Q1”

“However, in order for more people to take the plunge banks must do their utmost to provide support in these early stages. It is clear that women in particular want local support, local networks and local advice and at NatWest we are doing more to support UK businesses by going beyond just finance to help businesses reach their ambitions.”