Regional Director of The Athena Network®

THE #1 Referral Network for Women

AnYes van Rhijn has twenty-five years of corporate experience in senior positions. Sixteen years ago, she set up her own coaching boutique in France, where she worked as an Executive Coach in Change Management and Leadership Development.

Eight years later, she repositioned herself as a Life and Business Transformation Mentor for women who want more from life. Often referred to as the Reinvention Mentor, she is a walking example that it is never too late to reinvent yourself.

AnYes is particularly gifted at teaching you how shifting your mindset and implementing the right support system can help you reach your full potential in your professional and personal life.

She is a French citizen who has been strongly influenced by her Dutch roots. She considers herself a citizen of the world and has moved to London in July 2015. She loves the high energy, the pulse and the cosmopolitan atmosphere that is so particular to London.

AnYes is a true connector and networker. She also firmly believes in the power of collaboration, which is why she founded her own network of forty+ international coaches, trainers and consultants in fifteen different countries some ten years ago and led it for four years until she decided to leave France.

She joined Athena Central London when she arrived in London, and it was obvious to her when the Central London franchise was offered for sale that
this had to be for her.

AnYes believes Athena is the perfect place for women to connect, achieve, and grow both professionally and personally, and she is thrilled to be able to help women in business this way.

I proudly manage the Central London region of The Athena Network.

The groups I run are Kensington, South-Kensington, Fitzrovia, Mayfair, Holborn and Westminster.

All of them are popular, dynamic and vibrant groups where you can be assured of excellent business connections, meet local business women and step out of the isolation so many female entrepreneurs can feel.

All members pride themselves on their strategic connections and collaborations with each other to create new projects and services.

South Kensington meets on the 1st Wednesday of the month from 12 – 2 pm (excluding August & December).

Kensington meets on the 1st Friday of the month from 12 – 2 pm (excluding August & December).

Holborn meets on the 2nd Wednesday of the month from 12 – 2 pm (excluding August & December).

Fitzrovia meets on the 3rd Thursday of the month from 12 – 2 pm (excluding August & December).

Mayfair meets on the 3rd Thursday of the month from 12 – 2 pm (excluding August & December).\

Westminster meets on the 4th Thursday of the month from 12 – 2 pm (excluding August & December).

Check out our group meetings for details of our current members and their professions.

Call me on 07470 244 415 to find out how you can visit to experience how networking The Athena Way can benefit you and your business.

“Athena has enabled me to connect with so many other wonderful women that I would otherwise never have had the opportunity to meet. Through these women I have learnt, been inspired and supported, met other people and gained work. If you haven’t tried Athena before then you don’t know what you’re missing.”

“I am still a fairly new member to Athena and enjoy the support Athena provides through women all wanting to help each other succeed.“

“One of my best business decisions has been joining my local Athena group. It seemed a little daunting at first, but I quickly settled in as all the ladies are incredibly supportive. I look forward to our monthly meetings, seeing everyones’ friendly faces and listening to the presentations of the month. It feels more than just networking; its meeting up with some friends, having a giggle, supporting each other….all very important when you run your own little business and are often at home, working by yourself. Wholeheartedly recommend Athena!”

“Athena was immensely useful when I started with a new business and it still is in so many ways. As a women’s magazine there is a natural synergy as we can connect with many great female run businesses in one organisation. The members provide us with content and also advertising revenue, but even more important is the way everyone supports each other and are great ambassadors for each other’s business.” 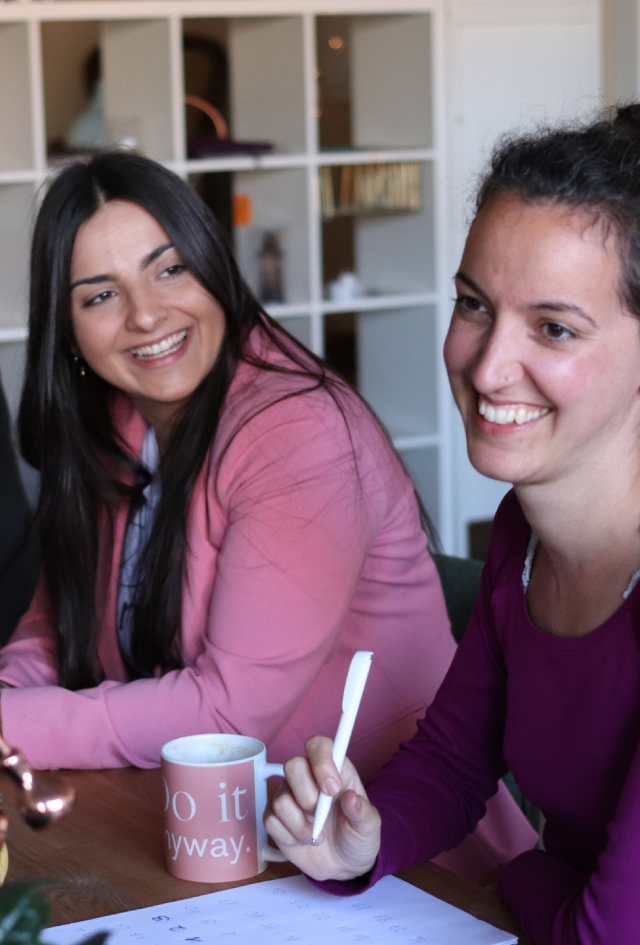 The Athena Network® attracts members who are discerning, accomplished business women and corporate career women with shared values of contribution and integrity. Our members contribute to a diverse business community that fosters success, collaboration and inspiration among our prominent, influential and aspiring businesswomen.

The core programme within The Athena Network® focuses on providing excellent training and resources to create a robust networking and business development strategy for business growth and career advancement.

Our vision for The Athena Network® is to continue to create a vibrant and dynamic community of female entrepreneurs and executives ready and committed to accelerating their business growth through mutual collaboration.

Our membership is a thriving hub of small businesses and female entrepreneurs; The Athena Network® is here to provide a platform for connecting and an opportunity for women to learn, grow and connect.

You know that continuing to develop your business relationships, nurture your suppliers and create strategic alliances is important so we invite you to become a member of the The Athena Network.

We can provide a payment plan that would include an upfront payment of £325 and a monthly subscription of £20.

*NOTE: You are committing to a 12-month membership.

Membership of The Athena Network will give you access to all of our membership benefits including PASS+ which means that you can currently attend 150+ meetings (at no additional cost), Cappuccino Connections (informal networking), an extensive training portfolio and all the connections within our network.

PASS+ IS YOUR GATEWAY TO ALL OF OUR MEETINGS

PASS+ gives you FREE access to an Athena meeting, there are no additional fees to be paid and this is another benefit of membership. You are encouraged to visit as many other meetings as you have time for (please ensure that you have sufficient time to follow up from your meetings).

We have launched in Australia, Denmark and Singapore and more  International group launches are planned.  What that means is you will  also have access to those meetings.  You could say that we have meetings 24/7.   If the time zones work for you then your options are UNLIMITED.

ALL of this is included in your annual membership.  Our usual meeting guidelines apply, which means there will be no professional clashes at the meetings, and the Regional Director/Ambassador will manage the dynamics of the mix of industries to ensure that everyone attending has an outstanding experience.

Earn £50K+ Part-Time As A Franchisee of The Athena Network AND Operate Your Own Business!

A Simple, Proven, Affordable and Perfectly Compact Business Opportunity Designed For A Woman Who Would Love A Business That Fits Her Lifestyle